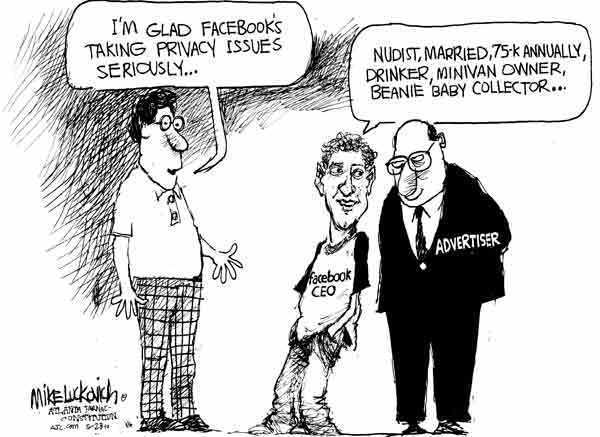 This is exactly what I wanted!

Is it a surprise to anyone actually watching MTV that the network on Monday quietly dropped "Music Television" from its logo? Probably not. It's a wonder that anyone even noticed the difference.

But a difference there is. For the first time in the network's 29-year history, MTV has decided to give the channel's iconic logo a face-lift.

This has been years in the making, but it's still an interesting maneuver nonetheless. Unfortunately, it can only mean more shows about pregnant teens and loser boyfriends ...and maybe a little more Jersey Shore. ;)

If you want a pillow and blanket in coach on American Airlines, it's going to cost you. 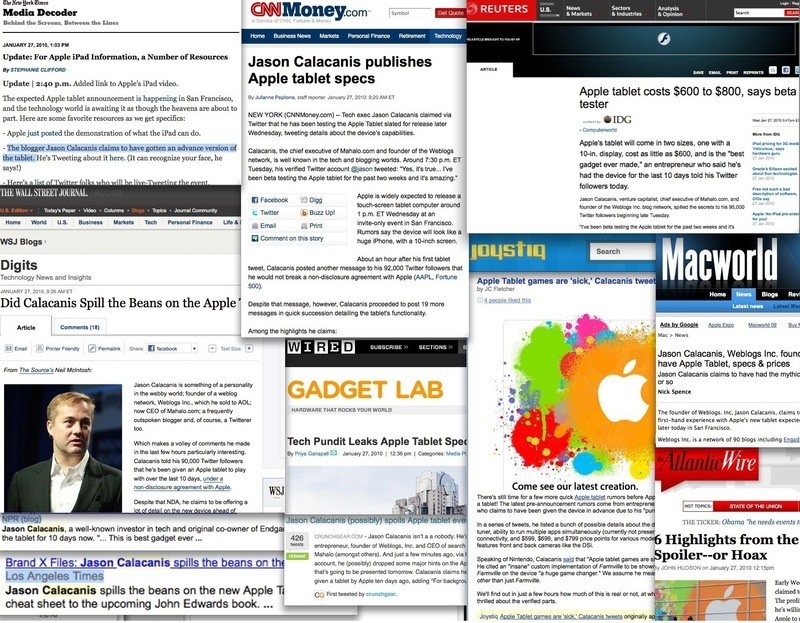 This image speaks volumes (without saying anything) about how journalism and blogging have nearly become one in the same ... and while bloggers are still the lesser of the two in the eyes of most, take a look at the reputable names who fell for this obvious hoax.

As a rumor, the Apple tablet can be anything to anyone. We’ve all latched on to the idea that it’s a symbol of hope for the struggling print media industry. We’ve also taken the lack of substantiation as free reign to imagine a device capable of the impossible. We can even dream that we’re a part of a history-making event that we’ll one day tell our children about.

Could the Apple tablet change the world as we know it? Absolutely. But nothing will happen overnight, and history tells us that even in the midst of success, naysayers will emerge to attack every perceived flaw.

The anticipation and the lofty expectations surrounding the product launch put the Apple tablet atop a pedestal. Once the curtain lifts, it could take years before it returns to the same level of glory.

The above excerpt comes from an analysis piece I wrote yesterday (before the big iPad reveal) on the idea of the tablet, and how the idea could never live up to the reality. Read that last paragraph in the intro about the pedestal and the curtain, and I think you'll understand what I was trying to say.

This isn't about being right, because it was a safe prediction to make given the ridiculous amount of buzz and hype about the tablet. Still, there's so much truth in this post that I hope you take a few moments to read the whole thing and think about the deeper things that are happening here.

It's not a magic box. It never could be. And yet we all made it so by talking about front-facing cameras, flash, multitasking, and every other dream feature we thought it needed. Now the naysayers are rightfully picking a part the flaws and talking about what's missing. Fair enough. I would argue, however, that Jobs sincerely believes that nothing is missing. It's just his way. He likes to push the envelope. So for every perceived "lack" there is a reason.

The reality is that the iPad cannot be as robust as a MacBook, it is that middle device he promised. There's really no need for HDMI Out, a USB Port, an SD slot, or even flash in my opinion (HTML5 is the future). It will be the entertainment and lifestyle device that Apple envisions, and just as is the case with the iPhone, no competitor will ever come close to emulating the user experience, until Apple bests themselves of course.

In that vein, do keep in mind that touch technology is not created equal. Apple has set the standard on mobile devices. They'll do it again with the iPad.

Still the curtain has lifted and it will take years before the device achieves anywhere near the glory it did in its once unblemished state.

There are so many bad assumptions inherent in the FTC’s rules.

First, Pay Per Post et al, as I realized late to the game, are not aimed at fooling consumers. Who would read the boring, sycophantic drivel its people write? No, they are aimed at fooling Google and its algorithms. It’s human spam. And it’s Google’s job to regulate that.

Second, the FTC assumes – as media people do – that the internet is a medium. It’s not. It’s a place where people talk. Most people who blog, as Pew found in a survey a few years ago, don’t think they are doing anything remotely connected to journalism. I imagine that virtually no one on Facebook thinks they’re making media. They’re connecting. They’re talking. So for the FTC to go after bloggers and social media – as they explicitly do – is the same as sending a government goon into Denny’s to listen to the conversations in the corner booth and demand that you disclose that your Uncle Vinnie owns the pizzeria whose product you just endorsed.

Insanity and inanity. And danger.

I couldn't have said it better myself...but the Jeff Jarvis Buzz Machine write up is one of the best I've seen.

Originally, we weren’t exactly sure how to market the Touch. Was it an iPhone without the phone? Was it a pocket computer? What happened was, what customers told us was, they started to see it as a game machine. Because a lot of the games were free on the store. Customers started to tell us, “You don’t know what you’ve got here — it’s a great game machine, with the multitouch screen, the accelerometer, and so on.”

We started to market it that way, and it just took off. And now what we really see is it’s the lowest-cost way to the App Store, and that’s the big draw. So what we were focused on is just reducing the price to $199. We don’t need to add new stuff — we need to get the price down where everyone can afford it.

really interesting change of circumstances from the man himself...

It seems as though there’s a new airline fee practically every day. Today’s comes courtesy of Southwest, which now charges $10 for “EarlyBird” check-in, that is, the right to stake out your unassigned seat right after members of the airline’s Business Select and Rapid Rewards A-List programs. And for a carrier that based an entire marketing campaign around its lack of fees, it represents a surprising (and disappointing) change of heart.

See, Twitter decided early on that it wasn't going to pander to its original base. Smartly, Twitter decided to ignore the demands of edge-case geek users like Robert Scoble, and instead focus on mass appeal, celebrities, and building out the core platform. The robust and easy-to-use Twitter API has spurred a flourishing ecosystem of third-party apps.

Tumblr's doing the opposite. Rather than focusing on expanding its audience and making it into a valuable platform, it's coiling in on itself, doubling down on the un-monetizable memes that its core users love -- like pictures of sharks and cats. A non-Tumblr user joining the site would have no idea what the fascination with cats and sharks is all about. It's totally self-referential.